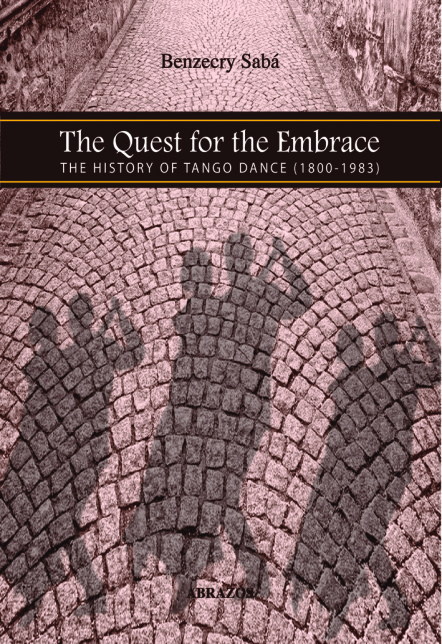 The Quest for the Embrace

How was the dance of tango created? Who were its makers? How did the different styles come to be? Is there any truth in the rumor of its brothel origins? Why is it the most controversial and passionate dance?

These questions, among others, are answered by Gustavo Benzecry Sabá in this book, which is not only a meticulous work of research, but also a heartfelt homage to all those who contributed to this most important cultural phenomenon of the Río de la Plata region.

Here the author outlines this history, told in the context of the history of Argentina and the city of Buenos Aires, with colorful descriptions, debunking of myths, pointed observations, and a detailed index of dancers and dance halls that will take us on a journey from the remote origins of the tango dance to its current global spread. All in all, this book is essential reading for those who wish to understand how the tango took form through the quest for an embrace.

In 1999 he published La mujer de los dioses, cuentos fantásticos. Some of his work is also found in the anthology, Cuentistas de fin de siglo. Both are published by Vinciguerra Publishers.

During the ‘90s he became involved in dancing tango and soon began his career as a teacher and dancer. Although he specializes in men’s techniques, he has studied women’s techniques in depth as well.