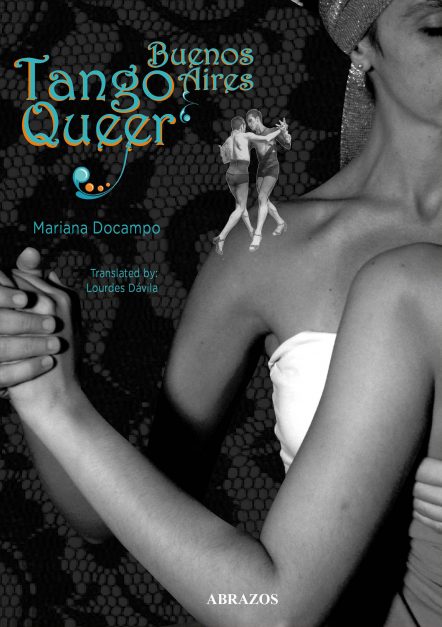 All dance spaces (with their traditions, their physical requirements, their gendered performances) can be thought of as political devices for the body and its practices. They are cultural zones where possible forms of life are rehearsed—often in an unconscious way. They set in motion new probable and improbable relationships among bodies.

The Book
ll dance spaces (with their traditions, their physical requirements, their gendered performances) can be thought of as political devices for the body and its practices. They are cultural zones where possible forms of life are rehearsed—often in an unconscious way. They set in motion new probable and improbable relationships among bodies. The act of dancing brings to the fore not only the power of affect, of being affected and affecting, but also articulates multiple layers that carry the pulse and trace of the past and the dreams of the future that make up the foundation of our society and existence.

Buenos Aires Tango Queer takes these premises as a given and carries them one step further. Queer Tango, which Mariana Docampo introduces to the Buenos Aires scene, seeks to explore—perhaps as Nelly Richard would say—the capacity that dance has to interrupt and upend hierarchies of value, authoritarian norms and repressive totalizing concepts that limit the use of our bodies. The writing and the reading of this text make evident the fact that the term queer is not bound to one unequivocal meaning. On the contrary, the adjective queer unfolds in all its contradictions, charged with vital and situational experiences, unstable feelings and desires. You will not find in this text a theory in the strictest sense. But you will follow a biographical trajectory toward the genealogy of tango and engage in a possible History that, however personal, becomes collective and even national, charged with the politics of being.
Laura A. Arnés

The Author
Mariana Docampo is the founder of Tango Queer Buenos Aires (www.tangoqueer.com) and is co-producer of the International Queer Tango Festival of Buenos Aires, presented annually since 2007. She is a writer and teaches tango and literature, having received her B.A. in Literature from the University of Buenos Aires. She is the author of six books of fiction (Al borde del Tapiz, El Molino, La fe, Tratado del Movimiento, V and La Familia) as well as other writings included in anthologies. She edited Las Antiguas, published by Buena Vista, dedicated to reviving interest in the works of historic women authors of Argentina.

She studied with tango masters in a range of styles and trained in a variety of the most traditional milongas of Buenos Aires, expanding her technique of tango salón, and tango nuevo. Drawing upon her experience in traditional tango, she focused her attention on re-envisioning the gender roles of partners in the dance. This approach allowed her to explore the dynamics of equal communication between dance partners, and inspired a series of new seminars, workshops and milongas beginning in 2005 (Milonga de Mujeres, El Desvío, Prácticas Tango Queer). Currently, she teaches tango and is the producer of many queer tango events and festivities. She has taught at the International Queer Tango Festivals of Hamburg, Copenhagen and Berlin and at the Tango Solstice Retreat in Iceland.  She has also offered tango workshops in Stockholm, Zurich, Marseille, Nice, Rome, Le Hague, Preston, Brighton and London.