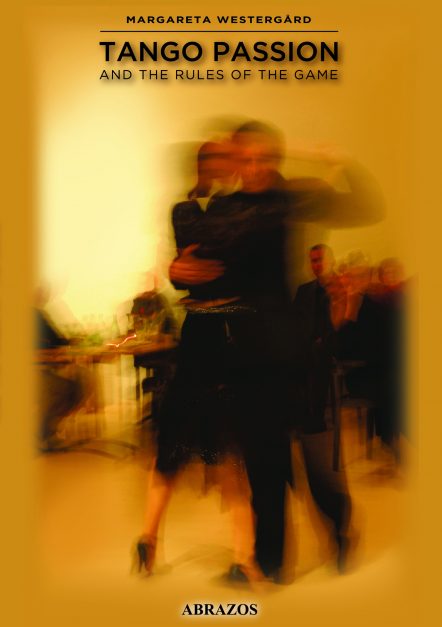 Tango Passion and the Rules of the Game

In this book, the strict rules, códigos, and behavioural patterns at the traditional milongas (dance halls) of Buenos Aires are described. They constitute a frame around the tango, which in its unique embrace, el abrazo, is danced here with more devotion and passion than in any other tango environment in the world.

In this book, the strict rules, códigos, and behavioural patterns at the traditional milongas (dance halls) of Buenos Aires are described. They constitute a frame around the tango, which in its unique embrace, el abrazo, is danced here with more devotion and passion than in any other tango environment in the world. Interspersed with the running text are the author’s personal diary notes from her intensive tango dancing sessions in Buenos Aires during the first decade of the twenty-first century. These diary entries add immediacy, local colour, and capsule descriptions of the capricious life lived in these tango salons, where circumstances can produce both tears of disappointment and intense pleasure.

Margareta Westergård is a sociologist, based at Bjärred, outside Malmö, at the southern tip of Sweden. She started studying tango in 1995 and began making trips to Buenos Aires in 2000. Since 2003, she has taught Argentine tango in the coastal town of Simrishamn in southern Sweden. Her published writings include Swedish translations of Sonia Abadi’s El bazar de los Abrazos, Milongan – omfamningarnas basar (2003) and Graciela H. López’s Secretos de una Milonguera, En tangodanserskas hemligheter (2005). Among Margareta’s previous writings are poetry and prose published in the anthologies Träffpunkt Balzác (1990), Skåne tur och retur (1993), and Timmar i Köpenhamn och Malmö (2009). Earlier in her career, she served as secretary general of Barnfonden (the Swedish branch of the Children’s Fund, in Malmö), as personnel manager at Bilia, a Volvo dealer in Malmö, and as a researcher both at the Institute for Social Research in Copenhagen, Denmark, and at the Department of Sociology at the University of East Africa in Dar-es-Salaam, Tanzania.

Extracts from the review of the Swedish version by Swedish Library Service:

The author succeeds, largely through her diary notes, in mediating a strong and private picture of the dance culture of Buenos Aires. The passion for the dance and of the individual participants is visualized, as are the rules which frame the passion and govern the dance scene – the codes of the milonga.
…
The book describes the author’s journey into a foreign culture, and may well be of interest not only to tango enthusiasts, but to a general readership.

From the review in TangoNotiser of the Stockholm tango association Tango Norte:

“Margareta Westergård pilots the reader into the borderland of inner experiences and the external form of the tango, especially the social codes at the milongas in Buenos Aires, to which she has made many journeys during the past decade.
…
The feeling of peeping into someone’s diary doesn’t become uncomfortable; on the contrary, one may expect more private confessions. But a balance is maintained, and the passion in this book is mainly directed to dance experience.
…
In the balance between rules and passion, she succeeds in being both objective and personal. This book belongs in every Swedish tango friend’s home, whether a commuting tango tourist or simply someone who wants to understand more about what tango really is.”