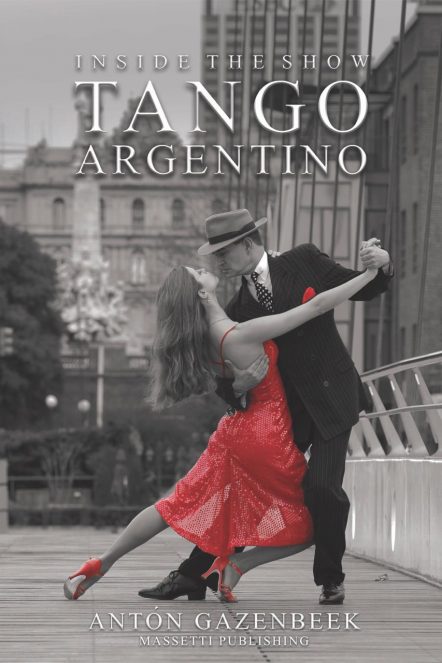 Inside the show Tango Argentino

During the dark years of military dictatorship, Tango had fallen into oblivion all over the world, even in Argentina. The “Tango Argentino” tango show was the show that led to the worldwide revival of interest in Tango. He made his debut in Paris, then conquered Broadway and, later, the whole world…

During the dark years of military dictatorship, Tango had fallen into oblivion all over the world, even in Argentina. The “Tango Argentino” tango show was the show that led to the worldwide revival of interest in Tango. He made his debut in Paris, then conquered Broadway and, later, the whole world.

Juan Carlos Copes, Miguel Ángel Zotto, and Milena Plebs, Gloria and Rodolfo Dinzel, Gloria and Eduardo, Virulazo, and Elvira are some of the artists who participated in the show and are described in the book.

Every serious tanguero / a should know the history of the revival of Tango: this book is for them!

He starts undertone, and he risks that the reader says “well, this has already been written, but let’s see what else he has to say …”, but now he can’t do anything but read it all the way and immediately!

It enchants merely, like the show, that taking us to the beginning of Tango accompanied us in its history, gradually creating the irresistible desire of Tango in the “spectator.”

In the book, we come face to face with the myths of dancers, musicians, and singers. It tells us some gossip about the fights and jealousies behind the scenes. It tells us also about the creation of clothes, now icons of any tango show.

We also read that Lady Diana and the Japanese Emperor Hirohito were so enchanted by the Tango that they wanted to learn it!

We could imagine in the movie icons ‘Tango Lessons’ by Sally Potter in 1997 and ‘Tango’ by Carlos Saura in 1998 what this book reveals to us.

‘Tango Lessons’ tells the effect of the show on the spectator, while ‘Tango’ describes the plots and jealousies of the cast during the creation of the show.

It is finally confirmed: only by knowing the beginning of this new era, we can better understand its current global success.

Tango is a universal language!